Heya all,
Dale and i went on a long distance trip yestarday having two different objectives
Dale wanted to get old coins, i wanted to get 100$ in one day...
.. Important thing to mention, both of use were using CTX3030, but dale with 12 inch coil, while i was using 17 inch coil.

This resulted in a mixed outcome- Dale was able to pick up smaller silver coins from dry soil layer underneath wet layer, where i was not hearing them. So i got NO silver coins(or maybe i was just unlucky) and Dale got.... 11!
He almost got Full house in one day - missing the Florin :-(

Overall a good day, but very exhausting. i would rather be at the beach : 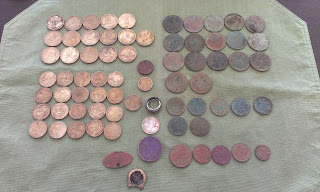 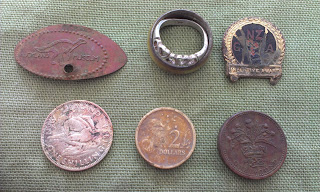