Ring recovery: Wedding and Engagement rings for a newlywed couple

Friday was my day off that started with a lazy morning as i didnt want to go for a morning low tide (no people on the beaches prior days due to the rain) .

However during lunch time i started to breed a plan to strike one of the beaches for my #70 gold  as sun came out and webcams were showing people going for a swim.

That is when i got a call from Lucy, who advised that her sister , Giselle, just lost a ring at Palm Beach , Waiheke Island. The time was 2 hours before high tide. I asked all the general questions and was advised that ring was lost in the chest deep water, but Giselle noted the moment when they slipped and was able to get good bearing towards the beach and side rocks (X&Y coordinates for me ). Also there were not much of wave movement at a time .

We agreed that i will come over couple of hours earlier (glad i did) as weather conditions could change pretty fast, especially when the forecast was rain and wind .

Packed my stuff and went to catch a 17:30 ferry, however it was delayed for 15 minutes. (low tide was 21:20). Quick and really pleasant 40 minute ride got me to Matiatia Wharf right after 1820 where i was greeted by Michael , his wife Giselle and and a family friend (sorry forgot your name dude )

General car chat revealed that there were actually 2 rings that were lost - Wedding and Engagement! More over, couple was married fro only a week!! And finally Rings were made out of family gold and one even handcrafted by couple together!!! So you can imagine the great sentimental value!

When we arrived at the beach the tide was going out , but waves started to pic up. That was not a good thing for that beach as sand is VERY VERY fluffy there and even aluminum pulltaps sink 2 scoops down (so gold could sink beyond the reach of detector even with one tide)

So i decided to go into water,even that i didnt have my swimming shorts (got a bit wet up to my waist , but all was worth it! )

Check this Video Out to see the action and emotions :

Here is rescue photo and the close up of the rings : 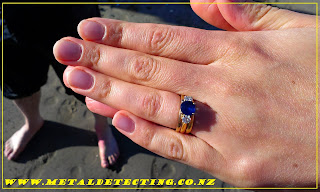 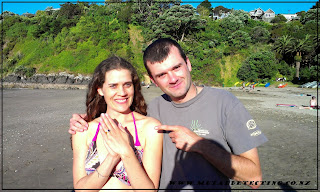 Michael and Giselle , thank you very much for generous reward , that comes right on time and will go towards  my next adventure trip that unexpectedly popped out just the other day.

For every one else : Have a great holidays , be save, do not drink to much and enjoy where ever you are!

With a desperate attempt i tried to detect every day before 25/12 to get at least one more gold before the end of  the year. Unfortunately all my attempts were fruitless and i am stuck on 69 with only 5days to go.

It is important to mention, that i didn't have an easy walk on a wet sand- i was doing full on below low tide mark detecting, wearing wetsuit and 15 kg of weight, Freezed my balls off there.... :-( Stupid NZ summer...

Main bonus is cardiac exercise 3 hour each :-) Plus random, cool encounters on the beach, like this kids fort 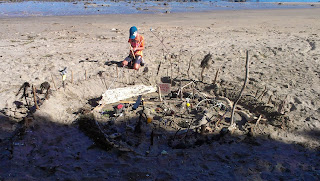 There is only one week left for

I had big goal of catching up and taking the lead this week , but unfortunately Auckland weather is killing it for me :-(

It very cold here for summer, with no people swimming, i saw no more than 20 people in the water over the weekend .

Just check below weather forecast for the week : 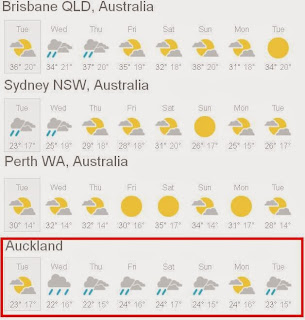 Anyway, yesterday went to another beach, met up with TONZNZ for a first time :-)

Tony, it was nice to meet you!

I put a lot of hard work in a very polluted beach (lots of aluminum blobs) , but was rewarded only with 10$ and (quite nice) 31 gram silver bracelet (picture later on)

One week left, i need a gold ring every day now :-)

One weekend, Did two Hunts, Three hour each :-) = 7 Rings over the weekend.

Both days, did low tide during the day , Saturday was a wet sand where i covered an enormous area of the beach, as targets were far and between. 2 Nice silver rings and a spill of 3 kids rings:

On Sunday i went to the same beach and decided to do water detecting below low tide mark,
I didnt have high hopes as Brett (Littlespec) did about 3 hours there, however we all know that it is almost impossible to cover underwater area properly.

So after 3 hours i picked up couple of targets that he dug up and left behind - including a very nice, heavy Brass Oarlock and neat 1958 NZ Penny 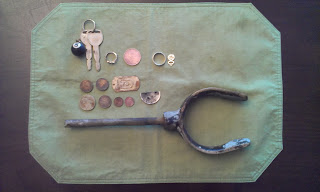 The Keys!... This is funny...
When i was detecting this beach on Saturday, i saw a guy with THESE KEYS going in/out of the water swimming. Right that moment i had a thought :"someone gonna loose those keys today." - How right i was :-)

And the best of the day : 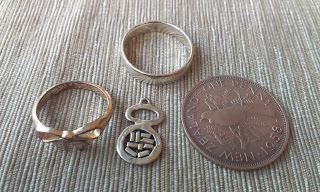 First of all, there was another terrible hunt last night, when Andrew and i visited 2 different beaches that had extra 0.5 meters of sand. All we got was aluminum, aluminum and more aluminum..

So today, i decided to hit the beach during the day, so i can at least see low spots and detect them.

Spent about 2 hours at the beach and got some pretty cool things ! :

Thirst of all i salvaged full dive belt with 8 Kg on it, the belt itself was very rotten and the clasp rusted away.
so i cut the strap and took the weights: 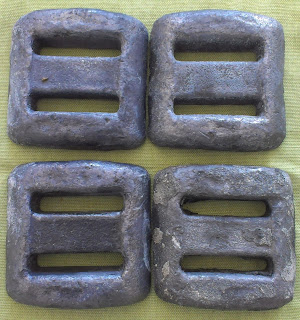 Now, i would like to mention that i was detecting in the water- chest deep during low tide today,
so i had my 10 kg belt . It was bloody mission to get home with extra 8 kg on belt (i travel by bus and on feet around Auckland) So, If you want to slim yourself a bit, get 20 kg dive belt and do 2 km walk :-) in  the heat , Good luck!

As fro all finds: 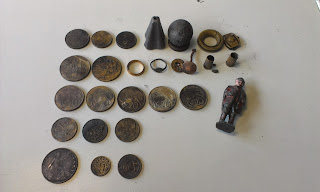 So i had just over 30 finds today, that makes it the rate of 4mpf (minutes per find)

My first intact Tin/Lead toy, still has some paint on it! 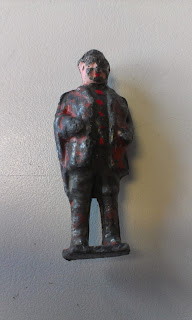 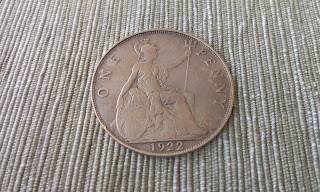 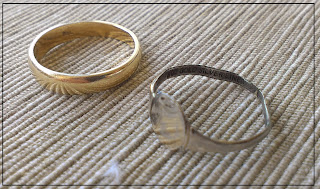 The 9 Ct on the left is just about 2.22 gram,
And on the right is a very interesting ring, it is 9ct silver lined, that means it is silver in the gold shell. pretty thick one. I think they are called Filled rings in Usa.

I am not sure if that ring will count towards year competition, so will say for now that i am at 69  gold rings for the year!

Type of Hunts, that i usually do not post about

You always see my posts when i find ring and all other cool stuff.
But believe me, there a lot of hunts in between when i find nothing or close to nothing.

For example this week a had already several hunts  that were absolutely fruitless and took a significant amount of time :

Wednesday, Mission bay+ Kohimarama with Mark (DJevel) : All i got was two 1$ coins and pile of beer tops.

And here is one of typical wet sand hunts, when i get nothing: almost 3 hours with Olly : 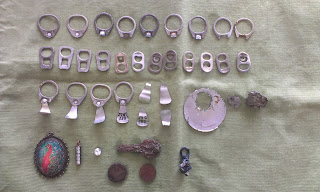 I kept all targets dug last night and you can see that the best of it are :
1$ + 2 cent peice
2 Junk pendat/earring

So all those who think that once you have Excalibur or CTX3030, gold rings are guarantied - please note that your are wrong.

Other than that , enjoy and see you at the beach! 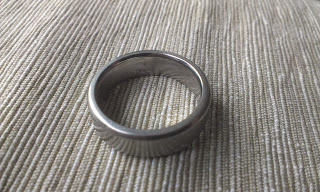 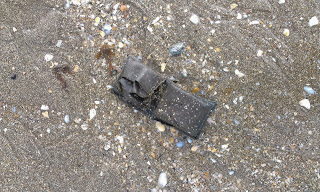 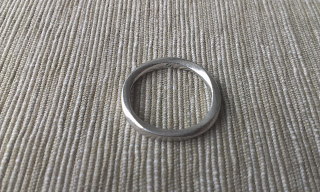 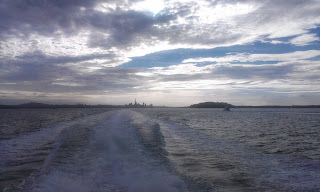 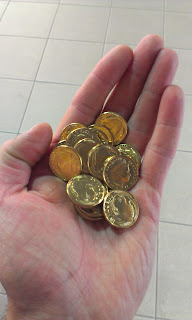 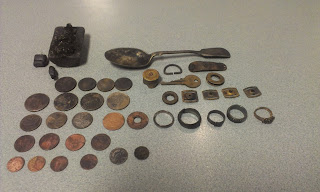 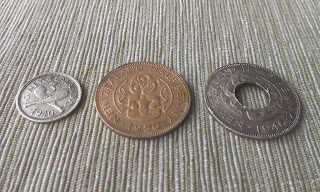 Today trip was to a famous Australian holiday destination : Gold Cost, just an hour from Brisbane and you will think that your are in Miami 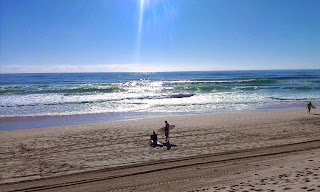 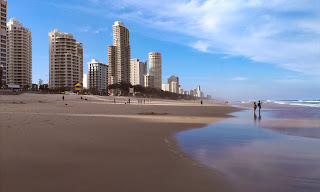 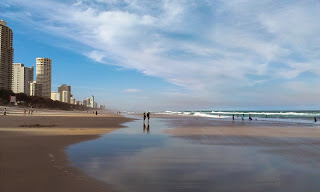 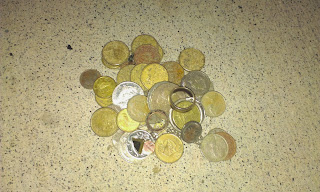 The best of it :
Gold Ring without marking, Silver earing and piece of silver chain, other ring is just a mood ring 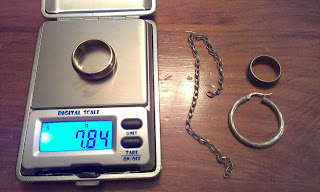 Very hard beach - sand is too fluffy. targets sink further down after 2nd scoop..
But i would love to live there and detect :-)

Once upon a time in Brisbane

After having fresh Mangoes, Greg (sirfindalot) i went to a well known, over hunted Beach .

There was nothing on wet sand , we knew that , but still spent 1 hour to cover it... just to make sure
The result was one junk ring for me and pile of pulltabs.
We stayed at the beach during low tide an covered a very nice area that noone ever hit before us.. that was...hm... not telling as its Greg's spot :-)
Anyway, the result is outstanding for 30 minutes : 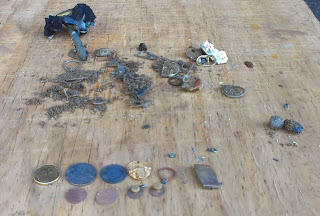 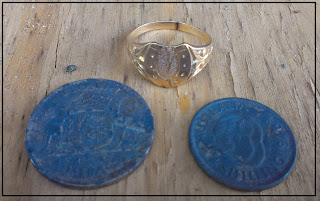 Finally got my Australian Shilling and Florin :-)