One, Two & Three : Engagement, wedding and eternity rings - all lost ,but then recovered

It was a very nice warm Wednesday 11/02 and i was preparing to go for a low tide detecting trip. I had many choices where to go :-) So i though, why not to visit Waiheke island. As far as there is a resident metal detectorist there - Brett , i called him to check if he was out in the past week.  But when i called him, he told me that there was a Recovery job pending for for of Auckland very hard to detect beaches, that i usually even do not consider to visit as IT IS INDEED very hard to detect. Brett sent me all details and way pointers where rings might be and advised that 3! rings were lost :-(

So, Olga and I slowly going to Auckland Ferry terminal where i supposed to make a choice to try the recovery or go detect for my self. Oh Boy... it was a hard choice as when we arrived at terminal- hundreds of people were getting off and another load was getting on the ferry to Waiheke.

But what the heck! lets try out the recovery. So we went.

As rings were lost DURING LOW TIDE IN THE WATER i had a very limited time to search for them even with  somehow defined area where they were lost.

I've waited 1 hour before low tide and went into the water, after about 1 hour i found the 1st ring and after 2 swings there was a second ring in the scoop. but no 3d!..

...I tried and tried to circle around the spot- but nothing... One Hour later i finally got a 3d ring as well that was in quite a distance from other two ! Oh Boy, what a set! 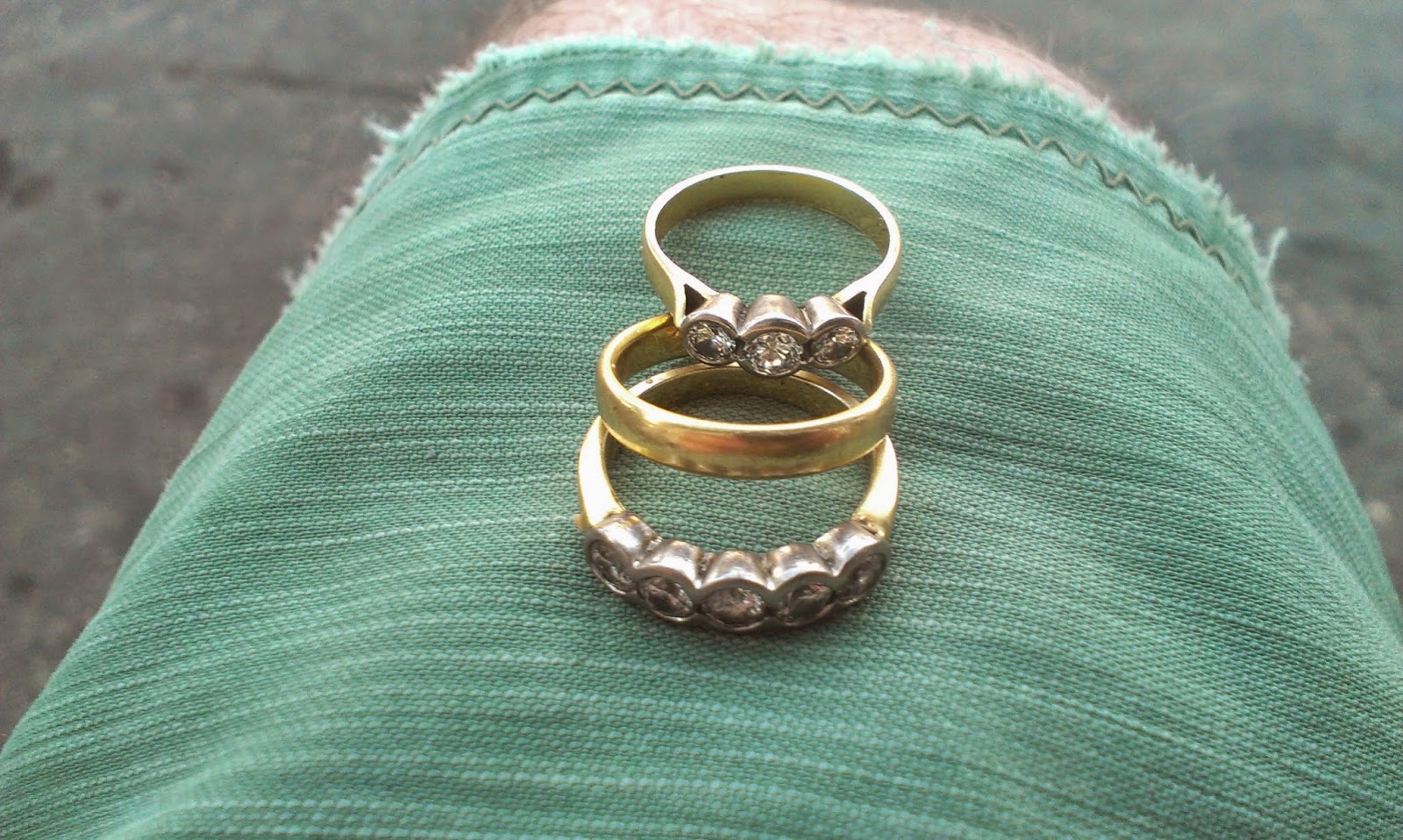 Taking into account that Rings were in the water for 10 days - its was quite a mission for over 2 hours.

All packed nicely when presenting to the owner (unfortunately no picture with the owner :( ) 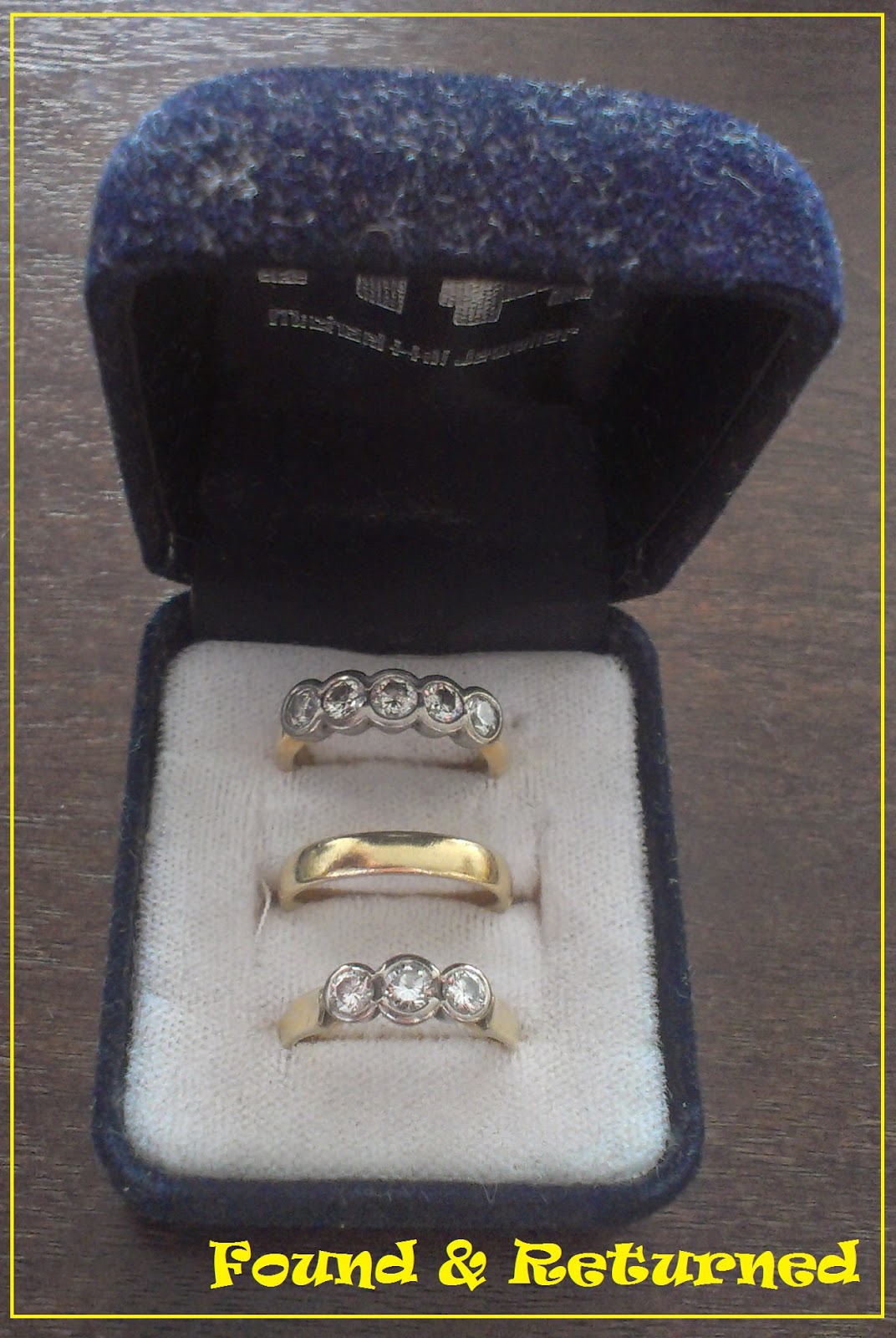