Good day everyone!
I didn't have time to post the story last night as i was cleaning the house before my wife arrival from Russia, No No i didn't order a Russian Bride :-) you bastards thinking exactly that right away, aren't you? :-)
No, she went for 2 weeks to see her parents, so i had my 2 weeks of detecting everyday :-)
Oh well, back under the heel :-(

Anyway, here is a story - Andrew and i planned to go to Whitianga on Monday (200 drive from Auckland) before midday tide, but he was asked to cancel leave and return to work for urgent stuff :-( so that was delayed till evening and i went to Takapuna for 4 hours detecting.

That scored me my 4th gold ring of the year and 2 other silvers: 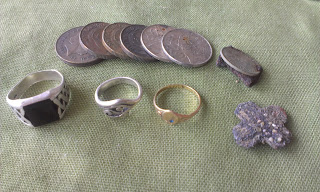 Then i got a call from Andrew that he is free at around 6 Pm , so we decided to go on a trip and get to Night low tide (4 am), as Whitianga was really busy in the last 2 weeks with extra 60K people in the area.
We arrived about 11 pm and the main beach had a crazy wave movement cutting a beach at the top and as we watched tide go out it was very very promising. So we went to sleep in the car at the beach till 3:30 am.

That was a disaster!!! when we woke - the tide was out, but there was no cut! Beach was completely flattened with a lot of fluffy sand on top and no targets what so ever, the only target i could get- was  an old spoon washed up in the upper limit , Andrew got 1$ coin , that is it in 1hour +

So we decided  to go to famous Tourist spot - Cathedral Cove . We were told by Dan (another metal detecting guy) that he pulled a good amount of coins from there several years ago from a dry sand - so we wanted to give it a go as all beaches were sanded in anyway. 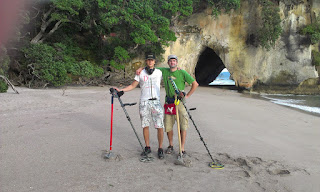 We didnt get much, maybe 10$ each or so. Plus a got a pile of junk/silver pendants, where silver part is only circle around brass plate and coin pendant is non silver 6 pence. 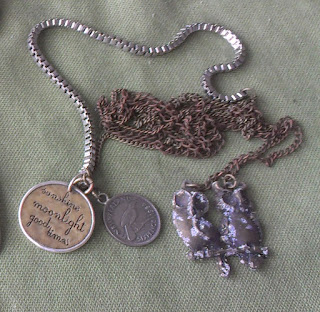 About Lunch Tuesday i got a call about Lost ring in the garden, so we went back to Auckland to search for it. Initially it sounded like an easy job, but there were a lot of shrubs in the bark over construction rubbish, so we were pulling heaps of lead nails, wires and other stuff for about an hour, and then Bingo!
The owner of the ring was so revealed, as it is HUGE ENORMOUS 60+ gram ring with sapphires and diamonds : 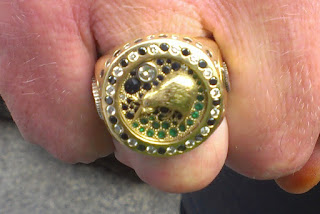 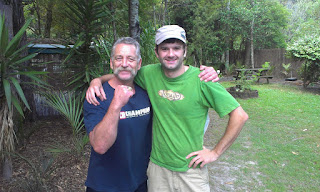 Andrew and i were so excited , that we decided to hit 5pm tide before going home for sleep (we had only 3 hour sleep since Monday) . We went to Milford beach 2 hours before tide to hit wet sand infront of life guards - that was failure, as beach was also sanded in heavily and we were getting only light aluminum and no single coin or any heavy target. so we left and went to Takapuna to hit water during low tide hour.
Unfortunately weather changed really quickly from sunny day to windy rain, so we had to leave as we didnt have our wetsuits and it got really chilly :-(
However Andrew got 1947 Shilling (bummer- 1 year from silver) and i got 1934 silver sixpence.
We gonna go back later on.

Here is Video of the above events :

Thanks for reading and watching, see you at the beach!